(Our family is on a five month RV trip. We are journeying West from Dallas, TX and making our way up the Western coastline finishing in Washington state before we streamline our way back to CO for the summer.) After three short nights in Kennewick, WA, we continued further east to Coeur d’Alene, ID. John’s customers were a short drive away in Spokane, WA but we’d always wanted to visit Coeur d’Alene so that’s where we drove to next. Another beautiful drive and six hours later, we were set up on Blackwell Island along the Spokane River. 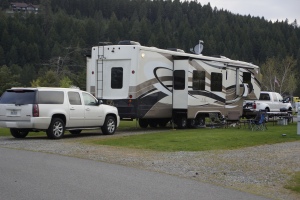 We popped a bottle of wine, grabbed two wine glasses and walked down to the river. Love was in the air. Literally. Seagulls were mating all over the pier in front of us. The squawking was less than relaxing. John and the kids decided to throw their newly purchased golf discs in the open field behind the river. I don’t know about your family, but my husband is my oldest son when it comes to family competition. Now there was squawking in front of me and behind me. 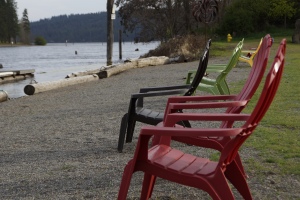 Idyllic setting on the Spokane River 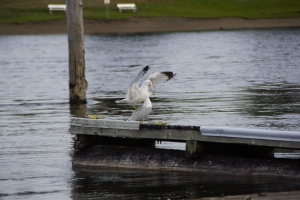 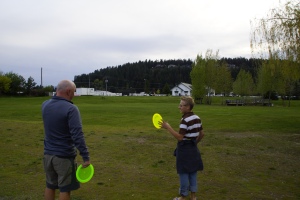 The following day we took a boat tour around the large lake that floods the town with visitors during the summer. Folks come from far and near to soak up the piney woods scenery, the small boutiques that line the small downtown streets, and the beloved water sports: boating, skiing, and golfing. Oh yeah, you can take a full swing onto a floating green and then ferry over to putt your white ball into the cup. 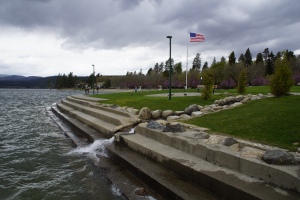 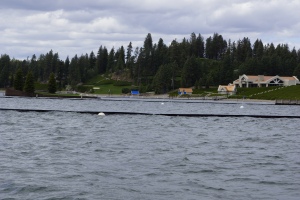 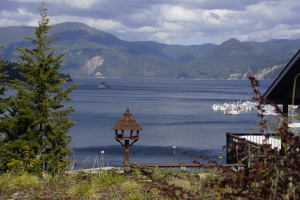 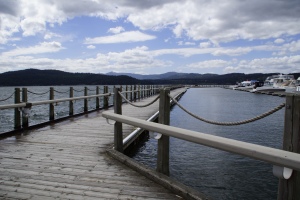 The next few days brought rain and high winds giving us some down time at the campground. I flipped through some titles on my Kindle and ended up reading a cookbook. It’s really more of a series of funny life stories shared between a mother and daughter with some excellent recipes sprinkled throughout to further enhance the flavor of the book. I cooked up several things but became obsessed with one recipe in particular. A spicy bean and corn dip best enjoyed with rice crackers. Delicious. I took bites in between packing for my Mother’s Day trip. John lovingly suggested that I fly back to Colorado for Mother’s Day. Blake was there as well as our ranch remodel and some final details that could use my attention. I chose to take Alek (13 yo son) with me and leave Aleyna (15 yo daughter) back to visit customers with John. Alek and I flew out mid-week due back late on Sunday evening (Mother’s Day). Blake was super excited for our arrival and even arranged for someone to cover one of his shifts to enjoy undivided time with us that included a three-hour drive to Steamboat Springs the following morning to meet with the contractor. It was a productive day and well worth the airfare to make final decisions on tile layouts, fireplace design, and organize all the lighting selections that had arrived via UPS. After a full day of meetings, we drove three hours back to Denver in time to watch the NFL draft and munch on wings. 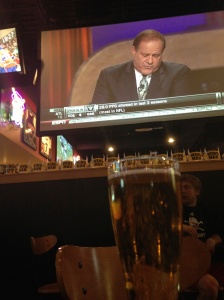 Drinking a draft while watching the draft

We worked out together a few times at Orange Theory, I got my hair cut, we did some shopping, and watched a handful of my favorite chick flicks. It was a full and fulfilling few days together. Then I received an email 24 hours before our flight was to depart Denver alerting me that due to impending blizzard conditions, the flight was canceled and I was automatically re-booked on Tuesday night’s flight. Yes, the prediction was for 8-10” of snow…on Mother’s Day! 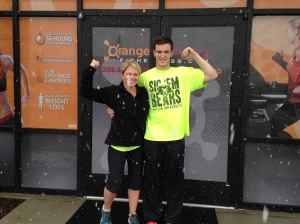 Mother’s Day workout in the snow!

Honestly, were it not for our upcoming Alaskan cruise, I may have chosen to stay in Denver. Sleeping in my room, spreading out into different areas of the house, and driving without a navigation system leading me around foreign streets felt pretty good. Not to mention that my daughter, who was creating quite a bit of dissension among the family, was still in Idaho with John. I was enjoying a much-needed respite from parenting a child with needs that require constant supervision. The snow came; the predictions accurate. But it didn’t keep us from going to church, working out, and then ordering in Chinese food and huddling onto Blake’s bed to stream a movie from my computer. I can’t remember the last Mother’s Day that we didn’t plant flower pots but I can’t remember a more relaxing, stress-free day for this mother. 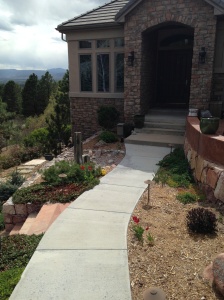 With my extra days, I enjoyed coffee with a friend, ran some errands, and did some more remodel project management before driving to the airport on Tuesday evening. We arrived at the gate just in time to hear the following announcement: We have a plane but no pilot. Ugh. Our flight was ultimately delayed more than three hours. We arrived back in Spokane, WA around 3am local time and collapsed into bed an hour later. After four refreshing hours of sleep, we loaded up and headed out of Coeur d’Alene, ID bound for Seattle, WA. Our potential last stop on the RV journey before boarding the cruise ship. Next Stop: Seattle, WA