(Our family is on a five month RV trip. We are journeying West from Dallas, TX and making our way up the Western coastline finishing in Washington state before we streamline our way back to CO for the summer.)

Seattle, Washington. The words alone soothed my heart like aloe on sunburn. John and I agreed that four months was perfect for our first adventure. Five was one too many. We’d stayed the course because we had nowhere else to go. Our Denver home was still under complete renovation from the flood and our mountain ranch home was in the final stages of a complete remodel. We were forced to stick it out to the dire end.

Had I never driven in Seattle traffic, I would’ve proclaimed it the coolest city of all. California traffic congestion has nothing on this town. Because Seattle is surrounded on all fronts by water and can’t build new roads, they’ve been forced to surrender all DOT allocated funds for new infrastructure and pour it into their football team. Clearly the only way they beat our beloved Broncos at the 2014 Super bowl. But really, the traffic sucks.

The city, however, rocks. The Pike Place Market, the original Starbucks, the Space Needle, the parks, harbors, and inlets, and the drive-thru coffee shops on every street corner. It’s all amazing. The RV Park was more like the traffic. Pretty disappointing. In fact, we voted it worst RV Park of the trip with Hayden Island (Portland) a close second. 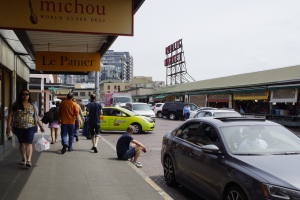 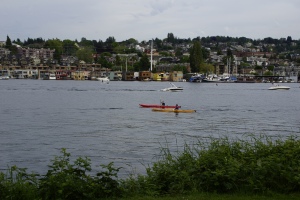 Tee Tiny, narrow spaces with no grass and no views, located right on the main road in a shady part of town nearly 30 minutes north of Seattle. Apparently, Good Sam rated them high based on the fact there just aren’t many other options. Too bad.

Worst RV park of our trip 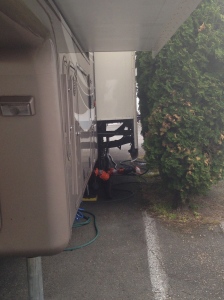 We barely fit into the space

After a tour of the city, a tour of the Boeing manufacturing plant (which I highly recommend), and John visiting customers over the course of the week, we said goodbye to Seattle and decided to use our second allotted week to visit Vancouver, British Columbia and made our way to the border. 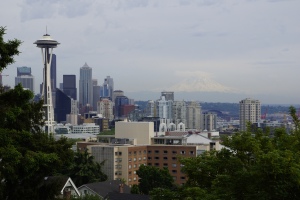 View of Seattle with Mt Rainer in the background 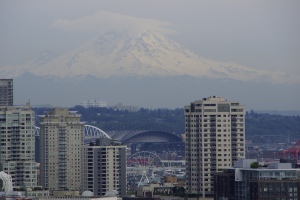 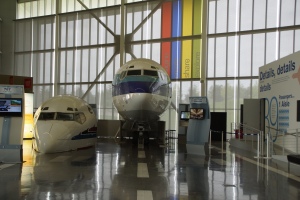 Massive facility where they build these aircraft. No pictures allowed inside. It’s a must-see if you’re near Seattle

Since it was the Friday of Memorial Day weekend, and we’d heard that border patrol crossings could get backed up for several hours, we stopped for lunch just before the border. Red Robin. Yum. That’s where John broke the news about having scraped the fender on my SUV along a sizable boulder while making his customer visits in Seattle.

His accumulated scrape count was climbing: Three on his truck fenders, one on my SUV, and one on the rig. He was averaging one per month. Yes, five months was one month too long. 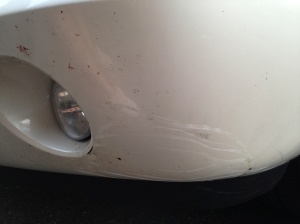 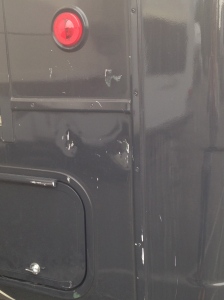