(Our family is on a five month RV trip. We are journeying West from Dallas, TX and making our way up the Western coastline finishing in Washington state before we streamline our way back to CO for the summer.)

Remember that lunch stop at Red Robin just before we crossed the border into Canada? Um, yeah, that’s where John left his credit card after paying for lunch. Apparently Canadian RV Parks share the same payment policy as American RV Parks. Payment is necessary to stay. After a quick call to our lunch establishment verifying that the manager locked up the credit card in the safe, we paid our bill with my card and settled into the land of Maple Leaves. 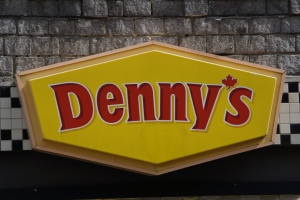 We didn’t eat here but the kids thought the maple leaf apostrophe was so funny.

By settled in, I mean drinking beer. Mrs. RV Wizard directed John with the truck, and the 43’ fifth-wheel right through downtown Vancouver during rush hour on the Friday of Memorial Day weekend. Successfully navigating downtown lanes the width of his dually truck, city blocks the length of his get-up, and avoiding electric lines overhead intended to power buses called for a sudsy celebration. We thoroughly settled in.

For the next six days we took in the sights. We spent most of our first full day on a hop-on, hop-off bus tour of the city center and proclaimed it our favorite city within a few short hours. It’s clean and approachable despite the modern architecture and overuse of glass. Harbor cities offer such intrigue for land-locked families like us but watching sea planes take off and land every few minutes took the experience to a whole new level. It made the cruise ships’ arrivals and departures rather ho-hum.

Water, bridges, boats. Love them all

We found ourselves in the heart of downtown for various reasons throughout the week: meals, the library (where teenage girls in vivid colored prom dresses primp in the bathroom before their co-ed group picture on the steps outside), and church. In no other city did we visit a church downtown. We’re your typical suburban attendees, not really the meter paying type. Along with the city of Vancouver, church also got a favorite thumbs up. Westside Church had recently moved into the defunct performance hall but the only onstage performance was Jesus shining through the hearts of the jean-clad and plaid shirt worship team and the passion filled pastor. 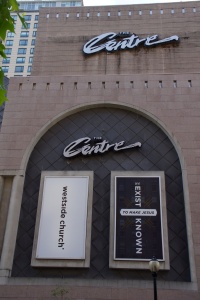 Seeing the library through John’s eyes

Only true SFA lumberjacks will appreciate this clever shot!

Outside of the city we climbed high into the pine trees in adult-sized tree houses and walked/bounced across a 450’ suspension bridge 230’ above the Capilano river. (These same measurement apparently convert to meters if you’ve studied outside of the US or TX. My Texas education didn’t find these conversions necessary.) Yes this tourist attraction draws crowds but exploring the 27 acres, climbing wooden structures secured by miles of thick cable, crossing mini suspension bridges, discovering footpaths along ponds and streams, and visiting with the birds of prey handlers makes you forget that you paid an entrance fee at all.

Some of the structures weaving through the tall pines 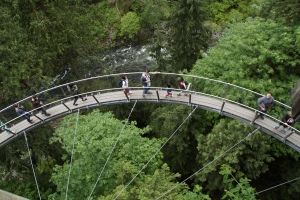 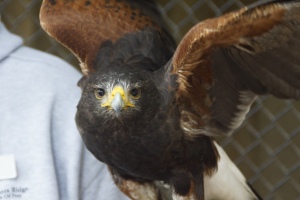 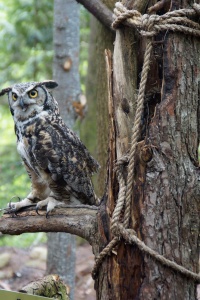 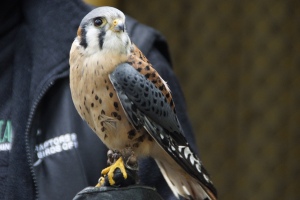 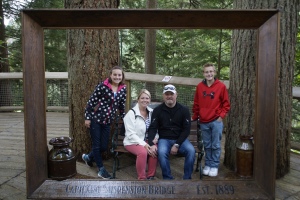 We also drove about an hour north of Vancouver to Whistler, home of the 2010 winter Olympics. The mountain town reminded us so much of Breckenridge, sans the fragrant cigarettes. After wandering in and out of stores, we found a pizza joint with patio seating allowing us to watch the mountain bikers plummet down the steep trails landing near the ski lift at the base. With the sun on my shoulders and an apricot ale before me, I soaked up the moment knowing that our five month RV journey was nearing the end. A week cruising through Alaska was all that was left on our traveling agenda. That and retrieving John’s credit card from Red Robin, of course. 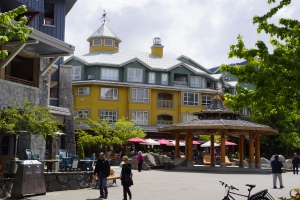